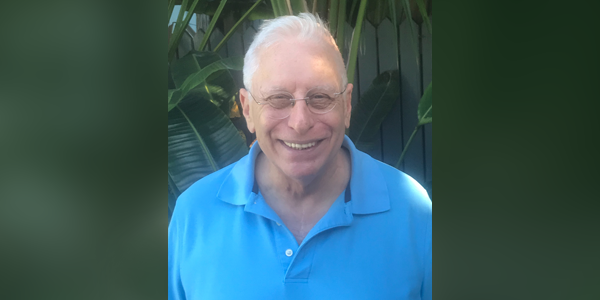 As David Kaminsky (CAS'73) tells it, his experience at Boston University set him on his life path.

Choices for majors were limited in the early '70s, so David decided to apply to an experimental program that allowed students to develop their own course of study. He called his major American Urban Society and cites George K. Lewis, professor of geography, as the inspiration behind his enduring fascination with what he calls "the physical side of the urban story"–that is, the meaning of place.

"I grew up in Matawan, New Jersey, a very small town surrounded by farms," says David. "And then all of a sudden, in the early '60s, Levitt & Sons bought 500 acres of land in the area and built 1,300 new homes. It really changed the dynamic of the town. Shopping centers began to take over. As a kid, that all captured my imagination."

The transformation also aroused his social conscience. "When I got to high school, the civil rights movement revealed the social aspect of that," he says. "People were poor, they didn't have enough to eat or were living in terrible places."

David wanted to help change that. With Lewis as his advisor for his independent major, he began his journey to do so. "Without his help, I would not be where I am now," says David, who had a long career in forward-thinking urban planning and management and, later, in financial analysis and underwriting of proposed commercial and other real-estate projects.

Forever grateful for Lewis's mentorship, David documented a bequest intention to endow the Professor George K. Lewis Academic Advising Fund at the College of Arts & Sciences. The fund, which will support expenses for causes from scholarships to research opportunities to advisors' professional development, will provide advisory services to undergraduates pursuing an independent major or seeking guidance in determining their major.

David's contributions to improve the infrastructure of cities–and, in turn, people's lives–ran the gamut. Early in his career, when the Section 8 housing program (now the Housing Choice Voucher Program), was just getting started, he traveled around the country talking to landlords, housing authorities, and tenants occupying the units to learn how to make the program more effective.

"To this day, I remember a conversation I had with a woman in South Texas, because it was so awful," he says. "I started out by saying, 'You know, the government doesn't have enough money to provide this housing for everybody.' And she was sure the next thing out of my mouth was going to be, 'So we're taking yours away.' "

He had no intention of saying that, of course. But he learned from her reaction. That sense of compassion carried through his career of more than four decades. He served as an analyst for the Urban Development Action Grant Program, which forged public-private partnerships to subsidize commercial development of structures from supermarkets to hotels in an effort to revitalize neighborhoods. He was a flood-map study planner for the National Flood Insurance Program, which works with communities to adopt and enforce floodplain management regulations. He served on the White House task force that chose the first round of Empowerment Zone cities, economically disadvantaged areas that benefit from tax incentives to establish local businesses and hire residents to staff them. And that was just for starters.

Through all of those years, he remembered George Lewis–his encouragement of his students, his commitment to the integrity of cities and towns (Lewis's BU students dubbed him "Mr. Boston"), and even his bow tie.

When David decided to make a gift in Lewis's memory, he got in touch with the Historical Society in Lewis's hometown, Wayland, Massachusetts, where Lewis had served as the emissary. They connected him with his daughter, Pamela W. Lewis (CAS'72, Parent CAS'06, CAS'10). "She told me that advising students was what her father loved to do," says David, "that he spent more time doing that than being home with his family."

"I want this fund to be used for advising people who need somebody like Professor Lewis," says David. "BU was his place. He should be remembered here. What did he did for me, I want to be done for other students. Had it not been for him, I probably wouldn't be in a position to do this."