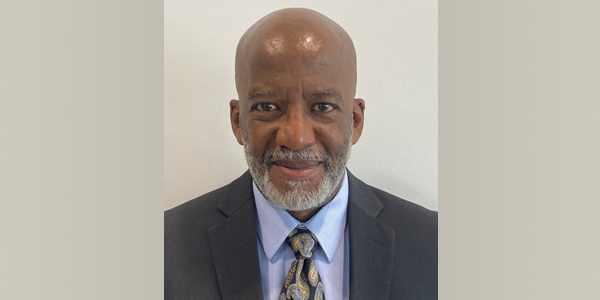 For Henry Spring (MED'81), Boston University School of Medicine (BUSM) provided more than an excellent education. It also gave him a community: a place of support and companionship where all participants-students, faculty, and staff-worked together to bring top-notch healthcare to everyone, particularly the underserved.

"From the time I walked through the double glass doors into the students' lounge to wait for my interview, I felt this incredible energy," he says. "People were interacting, happy. I knew this school was for me. And I was right: those were some of the best years of my life."

Spring says three "pillars" grounded him at BUSM: his love of the Gross Anatomy Lab; his gratitude to mentors Phyllis Stevens, then director of the Office of Minority Affairs, and William F. McNary, Jr., PhD, former BUSM associate professor of anatomy and dean of Student Affairs; and the social interaction with his classmates, especially outside of class. "We were there for each other," he says.

For Spring, the Anatomy Lab revealed the beauty of investigating, layer by layer, the parts of the human body and then connecting the dots: understanding how they worked together. "It's all connected, like the circle of life," says Spring. "For example, you may take your face for granted, but your face is form as function. If you ever let water run down your face in the shower and you look in the mirror, you'll see how the eyebrows keep fluid from your eyes and the folds in the skin channel the water away."

Faculty, staff, and students alike were on the frontlines of medicine together, notes Spring. Stevens was a source of constant support, opening the doors to the diversity at BUSM. "We became great friends," he says. "The faculty were welcoming, accessible. They were incredibly brilliant, yet I never felt intimidated. They exuded a 'can do' attitude-there is no 'cannot.' 'I don't know how I'm going to get there, but I will.'"

Professor McNary epitomized that openness and encouragement. "He was very down to earth, approachable. He would talk to you on an equal level. There was none of the academic pompousness," says Spring.

Spring wants other aspiring doctors to experience what he did, so he has established a bequest intention at BUSM to endow a scholarship fund, with a preference for students of color, and secondarily to support the needs of the Gross Anatomy Lab.

"Higher education in our country has evolved, and the pendulum has swung back toward privilege," he says. "If you have the means, you are entitled to go."

Born in Harlem and raised in the Bedford-Stuyvesant neighborhood of Brooklyn, Spring knows what's it's like not to come from privilege. He supported himself through the first year of medical school with loans and grants and then joined the US Public Health Service, which at the time promised financial support in exchange for service in an underserved community after graduation.

"I don't come from money so I don't really need money-it's not really part of my genetic makeup, my heritage," says Spring. "I know that I won't spend the money I have before I die, but I plan to die broke. What better way than through planned giving to ensure that my money will go someplace that means so much to me-a place that can mean so much to someone else as well?"