The gift of education 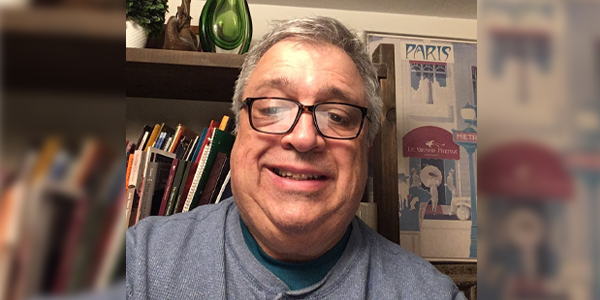 To hear Jeffrey Di Iuglio (Wheelock'78) tell it, Boston University opened doors for him that he didn't even know existed.

He first learned there was such a thing as a master's degree in English as a Second Language (ESL) at a job right out of college-a position as a dorm liaison at New York's Manhattanville College for a group of Saudi Arabian bankers who were taking ESL classes. Encouraged by a friend to consider Boston for graduate school, he cold-called the program at BU, titled Teachers of English to Speakers of Other Languages (TESOL). Steven J. Molinsky, then head of TESOL, answered the phone.

"He actually picked up the phone, and I spoke with him for about half an hour," says Di Iuglio, sounding just as startled now, four decades later, as he was that day. "And he said, 'Come on up here. I think you will like the program we've developed.' He was very outgoing and enthusiastic-a powerhouse."

Molinsky, says Di Iuglio, was more than right. "Steve, as we called him, took a community language-learning approach, where people would bring their own experiences into the classroom," he says. "There was a lot of group and paired work, which was pretty revolutionary for 1978. It was wonderful, like being part of a new experiment." Classes in transformational grammar and teaching reading to English-language learners were other highlights in what

Di Iuglio refers to as "this small education college within a big university."

Widely respected, Molinsky was also instrumental in helping students get jobs. "ESL is a small, tight community," says Di Iuglio. "A recommendation from Steve got you in the door." Molinsky himself made the call that got Di Iuglio his first interview after earning his EdM. It led to a position as a substitute teacher at the ESL Language Center, then on Commonwealth Avenue, that grew into a full-time position.

Di Iuglio has now been teaching for more than 40 years at institutions across Greater Boston, including the BU Center for English Language and Orientation Programs (CELOP), Newbury Junior College, Northeastern University, Curry College, and Harvard Extension School. Yet he still returns to the lessons of his BU mentor. "If something you're explaining flops, say, a grammatical point, Steve would say, 'Just keep going; don't get stalled. Just keep going forward."

Di Igulio has never stopped. That advice has sustained him during COVID-19, he says, when technology snafus interrupt his now-remote classes. To express his gratitude to BU, he has established a deferred charitable gift annuity to support scholarships, preferably for graduate students at the BU Wheelock College of Education & Human Development, so others can have the opportunities he has had. "I am so grateful for my BU degree," he says. "Whenever I applied for a job, that degree helped me get interviews because the University has such a great reputation. Enrolling in TESOL was the best decision I ever made. Teaching is a giving profession: you want to give that gift to benefit society rather than personally enriching yourself."