Giving Back to the Source of Learning 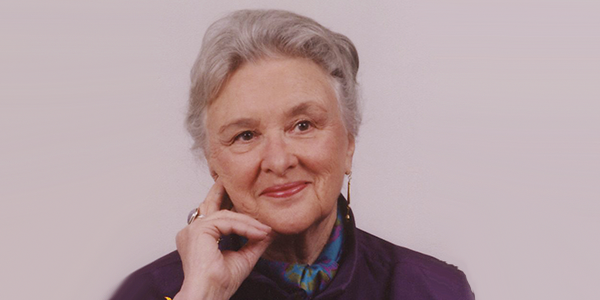 Joy and Michael Rohman met at New York University in July 1946, just days after Michael was released from the Army. "In fact," Joy remembers, "when I met him he was dressed in half combat clothes and civilian clothes-he hadn't had time to go shopping."

That September, Michael applied to medical school and got into his top choice: Boston University School of Medicine. They were married in his second year and moved to a tiny, one-room apartment on Queensbury Street. "Michael picked it out," Joy says. "The rent, I recall, was 49 dollars a month. We made do, beautifully. I didn't think so at the time, but looking back now, we probably gained some good values about the important things in life, in what really matters."

Michael spent many late nights studying, writing papers, and preparing lessons in that apartment. Joy, with training as a medical assistant, worked for a gynecologist at Massachusetts General Hospital. Curious about Michael's studies, she would read his texts and always ask questions. "He was very generous about teaching me," she says.

After graduation from BUSM in 1950-and an additional eight years of residencies-Michael began a long and distinguished career as a cardiothoracic and trauma surgeon. Joy, a photographer, would sometimes document his more challenging procedures in the operation room. In 2002, while still teaching and active in the hospital, Michael died suddenly. "Since then," Joy says, "I've wanted to establish a program that would carry on his work-in some meaningful way."

To honor the memory of a man who loved his profession and teaching, Joy used a charitable IRA rollover to create a scholarship fund at the BU School of Medicine in Michael's name. "What better way to commemorate his life than contributing to a program that will assist another surgical student?" Joy says. "He would be delighted to know about this."

"I look at the life we established and it's enviable in many ways," says Joy. "You live, you work, and you enjoy the fruits of your labor. It's time now to give back to the source of Michael's learning."