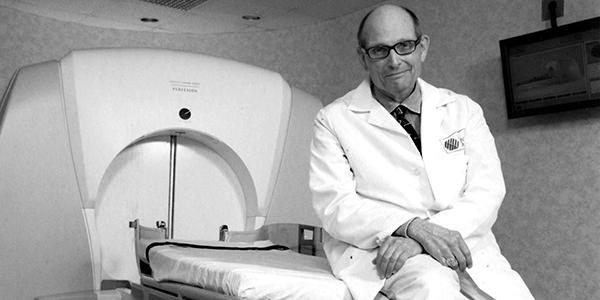 Michael Apuzzo (MED'65) grew up in a family of nurses. When his mother and aunts gathered around the dinner table in New Haven, CT, conversation often turned to medicine. Returning to that table later in life as professor of neurosurgery at the University of Southern California's Keck School of Medicine, "I would try to get into the conversation. And they would say, 'Michael, don't-just listen, and you'll learn something,'" laughs Dr. Apuzzo. "They were right!"

Today, Apuzzo is among the world's foremost experts on neurosurgery. Over four decades of teaching, research, and practice, he has written some 800 scholarly articles and contributed to more than 40 books. For the past 24 years, he has been the editor of first Neurosurgery and then World Neurosurgery-two of the field's top three journals.

He's quick to note BUSM's role in his success. "BU was a focal point, frankly, a turning point in my life and career," he says. "It gave me an experience in medicine that was unrivaled."

A pioneer of minimally invasive neurosurgical techniques, Apuzzo is proud of his reputation as an innovator. In 2006 the Congress of Neurological Surgeons honored his questing mind by creating an annual lecture on innovation in his name. That inspired him to start a scholarship to help "instigate creativity" in students at BUSM. He builds the fund with an annual gift, and has also remembered BUSM in his will.

"I didn't feel that I should pass away and not recognize them as an important feature of my life," says Apuzzo. "With what resources I have, I think it was just, proper, and appropriate to do this for the medical school so that some other person like myself-or maybe not necessarily like myself, but with more talent!-can have the opportunity."