Nurturing the Next Generation of Historical Music Performers 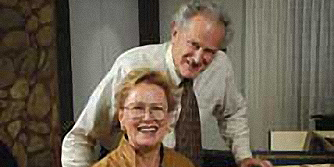 When Robin and the late Robert Margeson first read about the Historical Performance Department at Boston University's College of Fine Arts-and its resident professional ensemble, the Grammy-nominated orchestra Boston Baroque-they knew they had found an opportunity to honor their passion for the music of Bach, Vivaldi, and their peers and overcome tax hurdles associated with their highly appreciated stock holdings. "We were financially ready to make a charitable gift," says Robin (CFA'66), a harpsichordist with master's degree in piano from BU's School of Music. "It was just serendipity. It was meant to be."