Meet your personal financial goals while making a difference for our future. 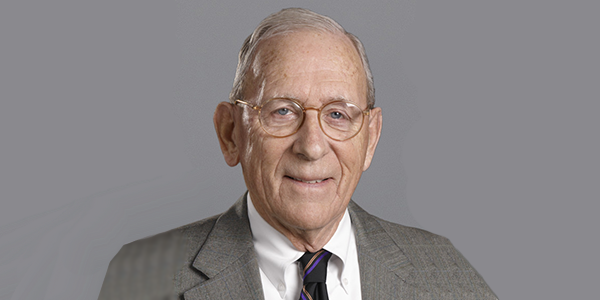 Just out of the Marines after the Korean War, Jack Middleton spent a year as a weather observer on the summit of Mount Washington in New Hampshire. But soon enough, he decided that law school would be his path to true professional heights.

Middleton's BU School of Law education prepared him for a long and distinguished career at what is today McLane Middleton in Manchester, New Hampshire. President and director of the litigation department, he has practiced there as a trial attorney for more than 60 years. Along the way, he decided to honor his alma mater by becoming a BU donor, and he began making leadership-level annual gifts. Then, in order to have a more lasting impact, he built upon that generous legacy by creating a charitable gift annuity for the school and included a bequest in his will.

Middleton says that BU Law gets definitive credit for his satisfying, challenging career. "I know that being able to earn a good living was a result of what I learned at the law school, a message I've shared often with others," he said. "BU needs to keep attracting good candidates and supporting them financially, providing them with the same good opportunities I had. And BU alumni are critical to keeping education affordable."